Finaali Sibelius-Academy Journal of Musical Performance and Research no3/07: French-Belgian Violin School – Four Analysis of Gabriel Fauré’s Berceuse as Examples of Musical Interpretation at the Beginning of the 20th Century. 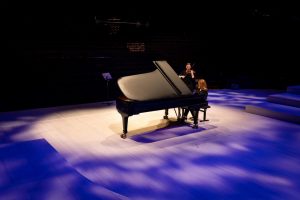 Spontaneity in Time – French Belgian Violin School during the beginning of 20th century, as documented on historical recordings, 2008

My philosophy of teaching has developed from many years of teaching violin and chamber music, as well as lecturing and coaching larger ensembles such as string orchestras.
I have experience of lecturing, research and administrative department duties at the Sibelius-Academy in Helsinki, where I was working as university assistant during my studies for a doctorate degree in music. I have taught violin students (beginners and advanced professionals) at music conservatories in southern Finland and in a private studio in Helsinki, Finland since many years. I also held violin master classes at a.o. University of Hawaii department of music, in Bangkok, Thailand and at Cervo Master Classes in Italy. In addition to this, I have coached chamber music as well as orchestra playing.
In my teaching I aim to promote a positive learning environment and nurture the student´s natural talents and abilities. My strategy is to set individual goals for each student or group, and provide a foundation of knowledge through the process. Understanding both the learning style of individual learners and the diversity of a group/ensemble helps me design effective instruction.
The most important aspects of my teaching method for violinists are building technique, and applying technique musically in the repertoire, respecting also historical performance practice. In choosing the repertoire for the student, I prefer works with musical material that implement the technique studies according to the student´s level of playing and also choose works that challenge and encourage enthusiasm for performance in the student.
My belief is that learning practicing skills from an early age are very important. Focused and concentrated practicing methods have improved my students´ skills more efficiently than several hours spent in the practice room without critical thinking and structure.
Ensemble and orchestra playing is essential for every musician. The experience to play and perform together can be an enlightening one, and develop the musician on many levels. The process of creating music together can also promote learning abilities and passion for music. I believe it is important for a teacher to help a student master all genres of performance, solo- as well as ensemble- and orchestra literature.